Latitudes: Raft Horseshoe Bend for an up close and personal experience with this iconic landmark 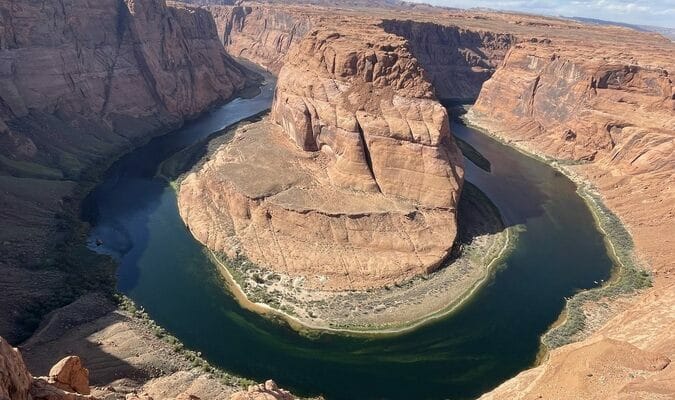 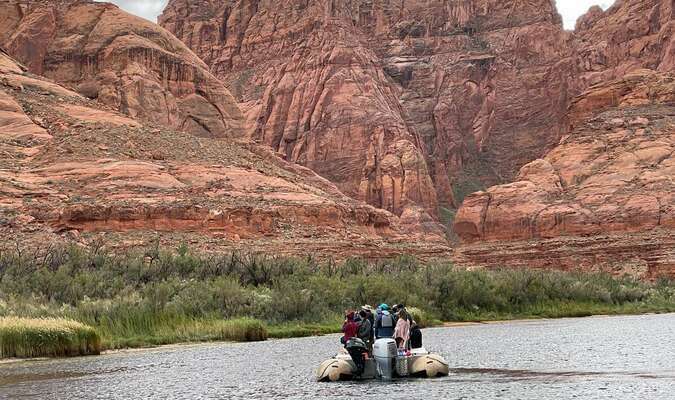 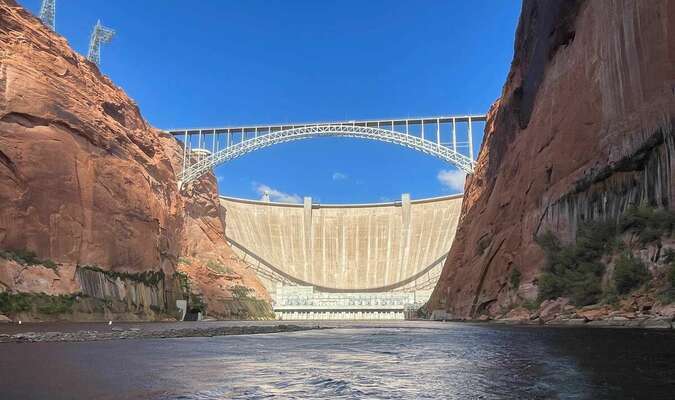 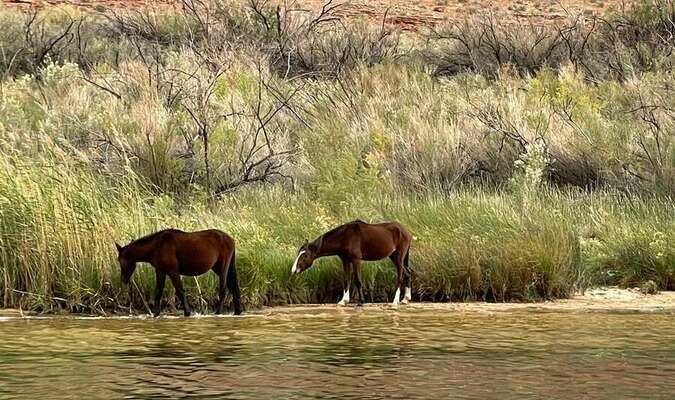 Latitudes: Raft Horseshoe Bend for an up close and personal experience with this iconic landmark

Draw a circle around Page, Arizona, and you’ll find numerous natural wonders. Among them is Horseshoe Bend, undoubtedly one of the most spectacular landscapes in the state. This near-perfect circular canyon, which is located in Glen Canyon National Recreation Area, was carved into the earth by the erosive forces of the Colorado River..

For the best view of this natural masterpiece, hike the path to the overlook and gaze at the sheer cliff walls of Navajo sandstone. Look down an astonishing 1,000 feet below you to the mighty Colorado River and marvel at its blue-green color.

For a more intimate look at this dramatic landscape, opt to do a half-day Horseshoe Bend Rafting Trip with Wilderness River Adventures. With over fifty years of experience in the business, the company specializes in whitewater rafting adventures on the Colorado River through the Grand Canyon and raft trips around the calm waters of Horseshoe Bend.

You’ll board your raft next to Glen Canyon Dam. In 1963, a reservoir called Lake Powell was created by the construction of the dam. Nearly five million cubic yards of concrete, enough to build a two-lane highway from Phoenix to Chicago, were used to construct the dam.

Your guide will regale you with information about the geology, history and wildlife in the area as you float down the river. You’ll learn about John Wesley Powell, noted explorer of the American West. A one-armed Civil War veteran, Powell and his crew of mountain men took off in 1869 on a momentous 1,000-mile, three-month expedition to map one of the last blank spaces on the U.S. map: the Green and Colorado Rivers through what would become known as the Grand Canyon.

When Powell arrived at what is now Glen Canyon, he described it as a “land of beauty and glory,” and named it for the many glens and alcoves near the river. A hundred or so years later when the canyon was flooded by the Glen Canyon Dam, it formed a lake named for the one-armed explorer.

On the raft trip, you’ll see plenty of desert varnish on the canyon walls, which is responsible for their striking hues and textures. This reddish orange-to-black coating is composed of different minerals and the color of the varnish depends on the amounts of these elements.

Unique formations dot the route and you might spot some that resemble facial shapes or animals, or perhaps Star Wars characters like Jabba the Hut. And there’s even a pair that looks like the logos for the Baltimore Ravens and the Philadelphia Eagles football teams!

At Petroglyph Beach, you’ll get off the raft and walk the short trail to see the petroglyph panels. The petroglyphs are symbols that have significance and meaning to the Native Americans of the region and are considered sacred. Some can date back as far as 12,000 years ago or as recently as 200 years ago. Animals and possibly birds, along with an assortment of geometric shapes and hunting scenes are depicted on this impressive panel.

As you head around Horseshoe Bend, the ginormous formation will appear even more massive than when you viewed it from above. It takes centerstage in sentinel fashion and you’ll appreciate its true size from how long it takes to circumnavigate it.

If you’re lucky, you might spy some bighorn sheep or wild horses. On my trip, we saw a pair of the latter down by the river quenching their thirst.

In total, you’ll raft fifteen miles and finish the trip at Lees Ferry, where you’ll board a bus for the ride back to Page. Along the way, you’ll pass the famed Vermillion Cliffs, Marble Canyon, Navajo Bridge and other geologic wonders.

If you go: Wilderness River Adventures offers its half-day Horseshoe Bend Raft Trip from the beginning of March through the end of October. Plan ahead for 2023, as the trips get booked up in advance: riveradventures.com.