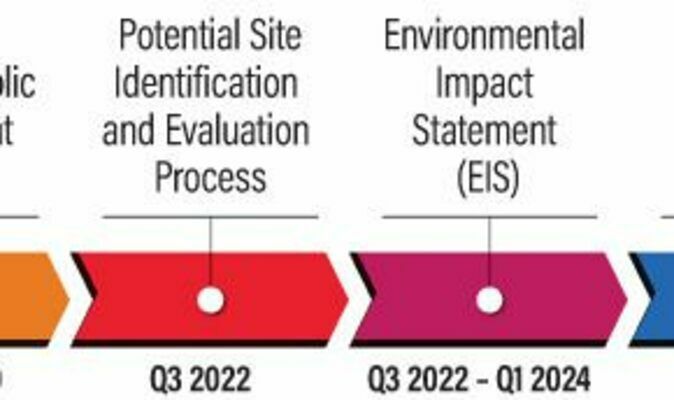 the City of Woodinville issued a letter to King County concerning the up the forthcoming Northeast Recycling and Transfer Station (NERTS), telling officials that it would be “a grave misstep” for the county not to consider the economic ramifications the facility could impose on the city.

Prior to the close of a public comment period, the City of Woodinville issued a letter to King County concerning the up the forthcoming Northeast Recycling and Transfer Station (NERTS), telling officials that it would be “a grave misstep” for the county not to consider the economic ramifications the facility could impose on the city.

Woodinville City Manager Brandon Buchanan wrote Jan. 17 to King County Executive Dow Constantine and Pat McLaughlin, director of the county’s solid waste division, telling them that the city is “now forced” to produce its own analyses of the “potential full suite of impacts” of one of the proposed sites of the transfer station. Along with two proposed sites in Kirkland, the county has its sights on a 12.9-acre site comprising six properties in the 15000 block of Woodinville-Redmond Road Northeast as the third proposed site.

“As you know, the selection of a site for the NERTS is one that will have a decades-long impact,” Buchanan wrote in the letter. “Failure to produce a robust analysis of all impacts of such a facility is a disservice to the public, county decision-makers, and the host jurisdiction.”

The Woodinville city manager added that he hoped the county would include the results of the city’s analysis in the county’s environmental impact statement, which is meant to evaluate the potential environmental and community impacts of the project while also proposing measures to mitigate them.

McLaughlin told Woodinville Weekly that the county has always “valued city partners” like Woodinville ever since planning for NERTS began in 2019.

He went on to explain that the State Environmental Policy Act (SEPA) does not mandate economic impacts of a proposed project be examined. However, McLaughlin said, the county is trying a compromise effort.

“Given the level of investment involved in the project, King County is planning a separate socio-economic analysis in addition to SEPA,” McLaughlin wrote in an email to the Weekly. “We’re still finalizing the scope for what this work will entail, and will have more specific information in the coming months.”

Buchanan’s assistant, Kevin O’Neill, told the Weekly that the city has hired consultants to complete the analysis concurrent with the county’s timeline of completing an Environmental impact statement (EIS).

“The [city’s] analysis…will specifically look to add transportation and economic impacts, both of which are curiously absent from the county’s own EIS process,” O’Neill wrote in an email.

He went on to say the county should take Woodinville’s adult beverage industry into consideration when drafting an EIS.

“It would be unfair and frankly dishonest, to exclude this regional economic destination to which NERTS would be placed in the middle of,” O’Neill wrote. “I think everyone can agree, a garbage truck does not enhance someone’s wine tasting experience in our otherwise beautiful city.”

Echoing O’Neill’s comments, Buchanan’s letter asks the county to “document and consider the unique adult beverage and tourism economic activity within Woodinville” before deciding whether to place the recycling and waste transfer center in the city.

Adam Acampora, executive director of Woodinville Wine Country, said his organization is “totally opposed” to the NERTS coming to the city.

“The potential for disruption would be felt for a long time to come and would be detrimental to any future developments of the wine industry in Woodinville,” Acampora wrote in an email.

He believes the consequences would stretch to King County’s own tax base.

However, McLaughlin, who cited the Environmental Protection Agency’s “Recycling Economic Information Report,” believes the proposed facility could bring in $9,420 in tax revenue.