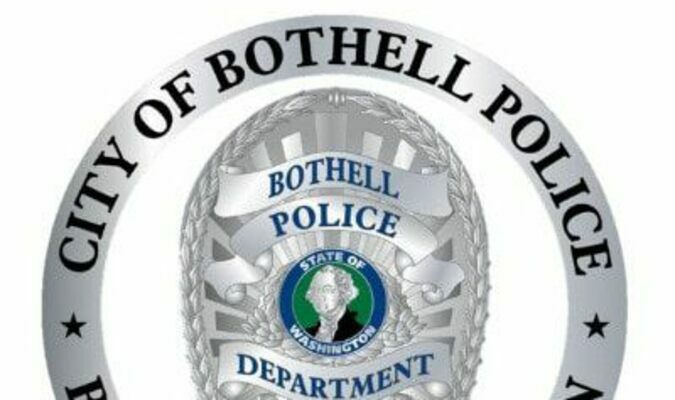 • Officers located a vehicle in a parking lot and through investigation, it was discovered the occupant had an outstanding warrant for Negligent Driving.

• The subject was taken into custody without issue and booked into jail.

• Officers stopped a vehicle for an equipment violation and after identifying the driver, learned they had an outstanding warrant for arrest.

• During the course of taking the driver into custody, officers attempted to identify the passenger, but they provided a false name.

• While confirming the drivers warrant, the passenger ran from the vehicle on foot and a short foot pursuit ensued.

• Officers contained the area and were soon able to locate the passenger hiding in a nearby swamp/pond.

• The passenger was eventually identified, then promptly arrested for providing false statements, obstruction, and outstanding warrant.

• Bothell fire assisted with screening the passenger on scene because they claimed to have swallowed fentanyl.

• After the passenger was cleared at the hospital, they and the driver were booked into jail.

• Officers responded to reports from a motorist who reported having a rock thrown through their windshield of their car while driving.

• While officers checked the area, a second caller reported sustaining the same type of damage to their vehicle that occurred in a similar fashion.

• This is an ongoing issue and officers have fielded several other reports of the same type of damage occurring in the same area.

• Officers also located multiple rocks on the roadway and sidewalk in the same general area the incidents reportedly occurred.

• Officers noticed a vehicle in the parking lot that was occupied by a subject who appeared to be passed out/intoxicated at the wheel.

• Using LE Databases, it was determined the subject also had an outstanding DUI warrant for their arrest.

• Officers contacted the subject and had them medically screened on scene due to their obvious extreme impairment level.

• The subject was arrested without issue, transported for medical evaluation/clear to book, and then booked into jail on the warrant.

• An alarm company called in to report a subject seen inside the fenced perimeter at a closed construction site.

• The suspect was located walking on 104th Ave NE, and when officers attempted contact, the subject fled on foot.

• Officers were able to take the suspect into custody without incident, and they were booked into jail.

• The gathering of about 150-200 cars was disbursed, and the majority of the subjects left in an orderly fashion to another location.