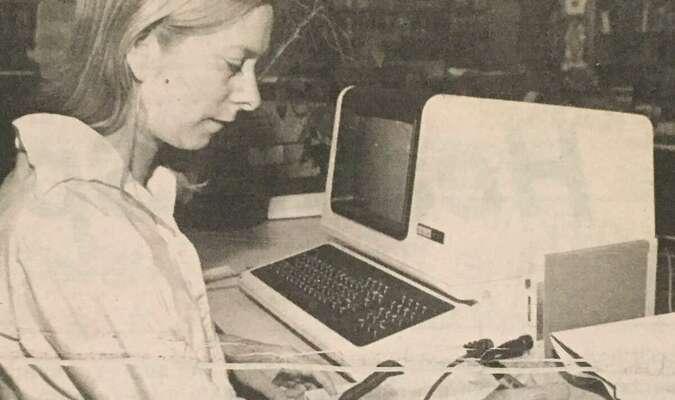 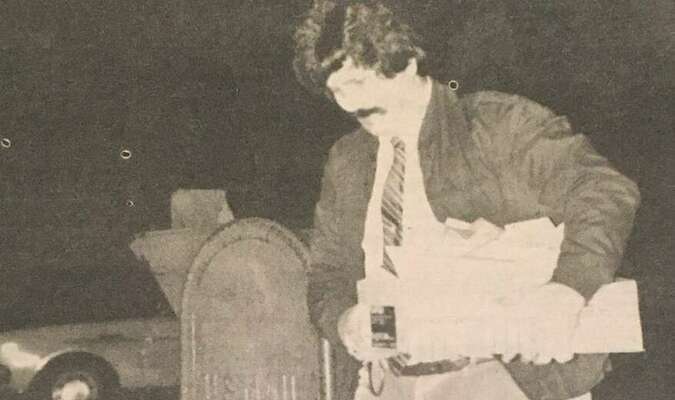 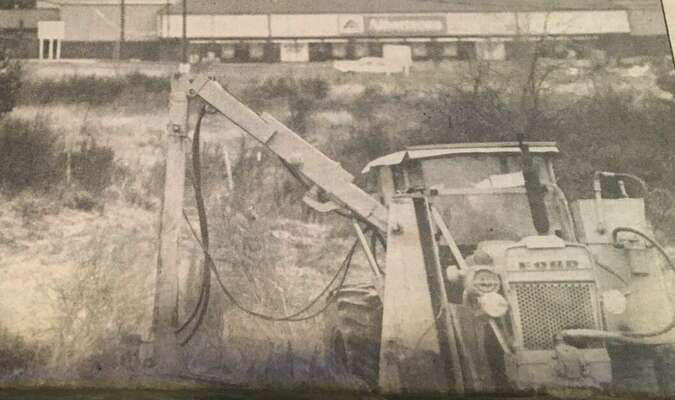 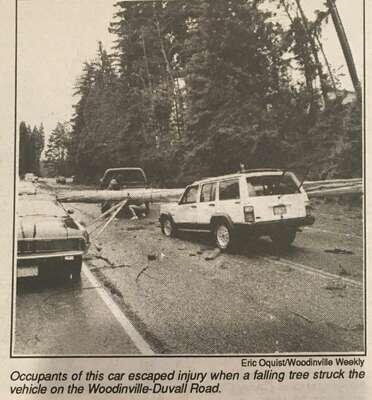 The Winds of Destruction: Killer Windstorm Wreaks Havoc on Northshore 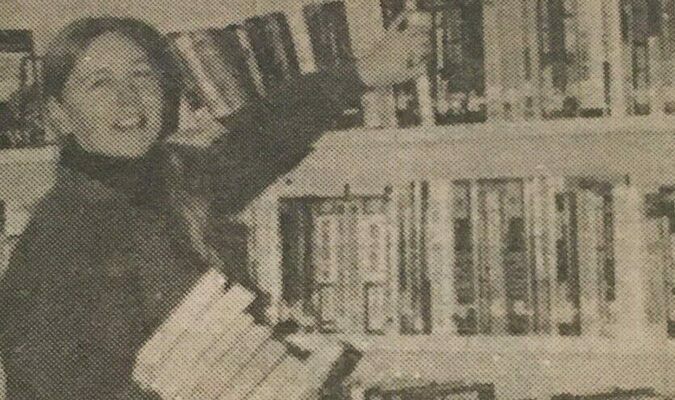 The Books are Going In: Woodinville Library Opening Soon 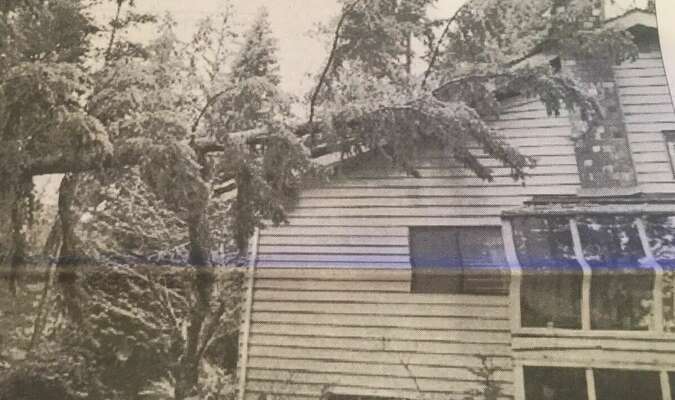 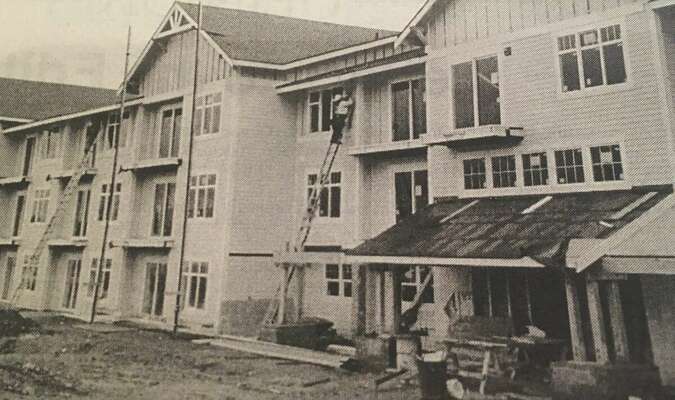 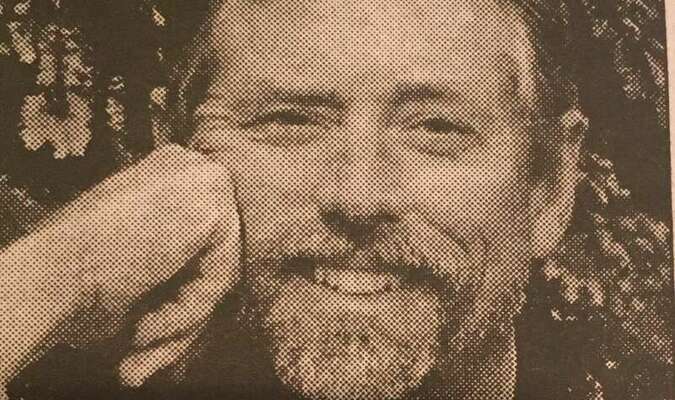 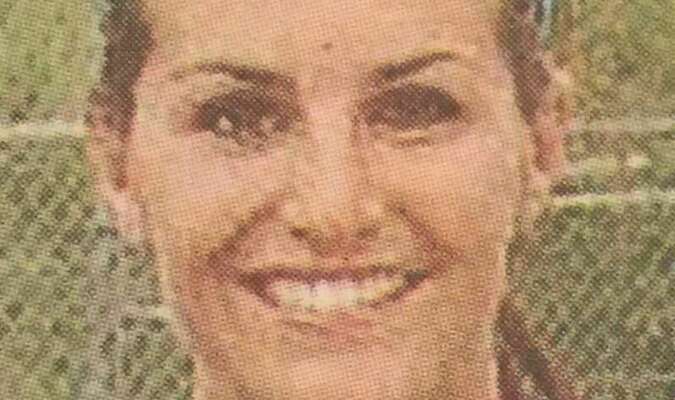 Woodinville Tabs One of Its Own 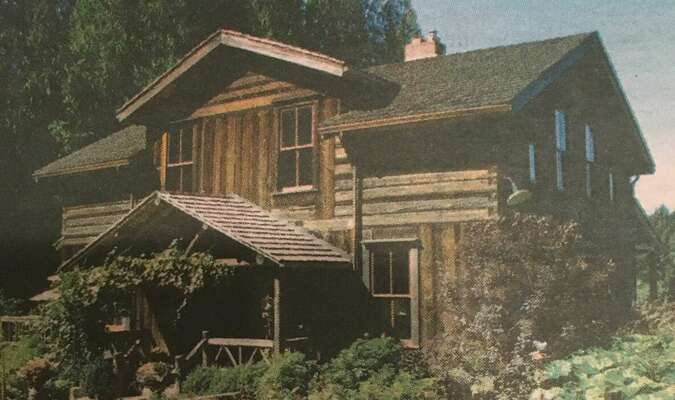 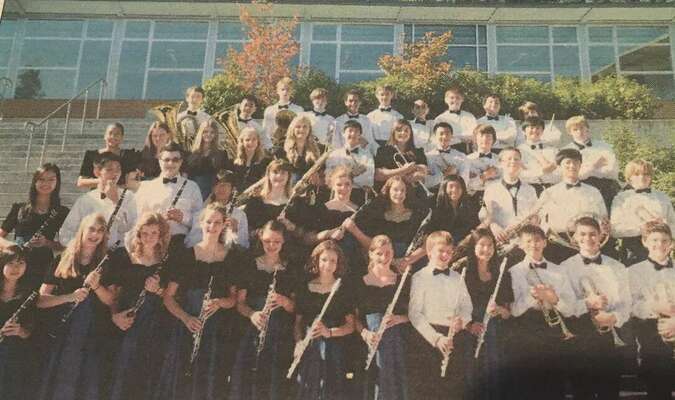 The Bothell and Kenmore library branches of the King County Library Ststem have now joined the 11 other branches who have new computer checkout systems which is expected to extend county-wide by next summer. The automated circulation system will allow greater inventory control and streamlined methods for reserving materials and issuing overdue notices.

Heavy rains last week deluged the Woodinville area, causing flooded roads, sliding hillsides and watery basements throughout the community. More than 2 inches of rain in 24 hours forced the closure of Woodinville’s entrance road from State Route 522. Several cars attempted to drive through and at least one was abandoned until skin divers attached a tow rope to remove it. Below, Assistant Postmaster Bob Leach rolled up his pant legs and waded out from the Woodinville Post Office to pick up the mail from the drop box.

The local firm D.J. Brush Cutters has begun the job of clearing the land for the new Woodinville Park-and-Ride. The facility, located on 140th Avenue NE, is expected to be completed by fall. The seven-acre site will provide parking for about 500 cars, and 1.3 acres will be left as natural biological habitat.

A new Extended Area Service (EAS) for the Eastside isn’t going to help Northshore telephone users. If you live in Bothell or Woodinville, it’s still going to be a toll call to Bellevue, and many area residents are questioning why. The EAS, provided cooperatively by GTE and U.S. West, won’t extend to Northshore residents because the area did not meet the long distance call volume threshold of 20% set by the Washington Utilities and Transportation Commission. Only 16% of all Bothell and Woodinville calls are made or received outside the Bothell/Woodinville area.

The Winds of Destruction: Killer Windstorm Wreaks Havoc on Northshore

A killer windstorm ripped through the Puget Sound area last week, leaving tens of thousands of Northshore residents without power and inflicting extensive damage on homes and cars. At least 5 people were killed – most due to falling trees – and 500,000 of the 790,000 Puget Power customers were without electricity for three days or more. Governor Mike Lowry proclaimed a state of emergency.

The Books are Going In: Woodinville Library Opening Soon

The new Woodinville Library on Avondale Road will officially open its doors to the community on February 1, a month ahead of schedule. Last week almost 100 community volunteers joined library staff with the enormous task of unpacking and shelving the 63,000 volumes of books the branch will contain. This culminates seven years of efforts by Woodinville’s residents. Initially the library system said there was no money for a library and suggested we buy a mobile home and put it on donated property.

After a 27-year career in computer software development and management, Woodinville resident Don Thompson left that industry to pursue his dream of being a writer full time. “I finally got to a point two years ago where I was financially able to quit my job and move in the direction I had promised myself I would pursue since high school.” His first book “Stellar Woods” is young adult fiction inspired by nature and outdoor activities he enjoys. He is now working on a sequel, “Islands of Lights.” [Thompson eventually completed a trilogy, adding “Places Not Here”. His website is www.stellarwoods.com ]

Woodinville Tabs One of Its Own

Woodinville athletic director Terry Agnew broke the news to the Seattle Times last week and it was not a surprise to those in the loop: Dani Weir had been hired as the school’s new varsity softball coach. Weir, 24, graduated from Woodinville in 2006 and was a standout member of Woodinville’s 2005 state championship team. She has been the Falcons’ junior varsity coach for the past two seasons after playing varsity softball all four years at Boston College. [Dani Weir Tachell remained the coach at Woodinville HS through the 2020-21 season. She was honored as the National Fastpitch High School Coach of the Year in 2017]

A little over two years ago, the Nelson-Parker House was granted King County Landmark status. Today it has officially been listed in the Washington Heritage Register, joining over 1,600 other historic and culturally significant properties. The log dwelling, located near Cottage Lake, was likely constructed in the late 19th century. The building is an outstanding example of hewn log construction in the Pacific Northwest and exhibits a distinct style, evoking traditional Nordic stave construction. It incorporates both vertical and horizontal logs which is rare.

The Northshore Junior High School Symphonic Band has been selected to perform at the 2013 National Association for Music Education (NAfME) All-Northwest Conference in Portland, Ore., and will be featured in the opening Concert Hour at the Oregon Convention Center. The 47-member ensemble was selected by audition from among other schools in Washington, Oregon, Idaho, Montana, Wyoming and Alaska. This is the highest regional honor a performing group can earn from NAfME.