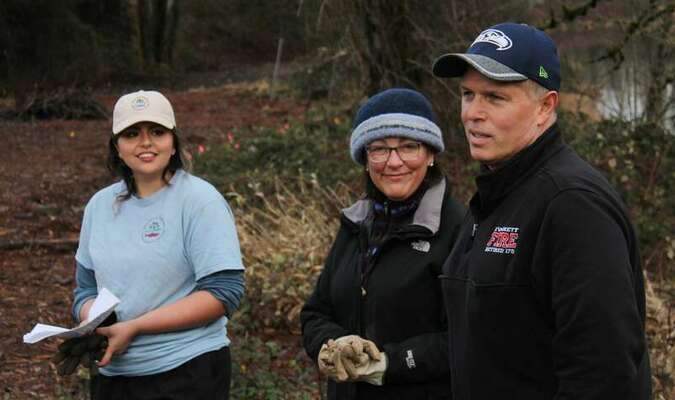 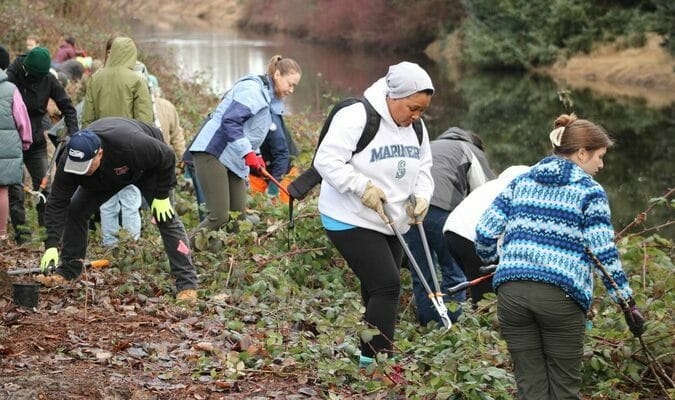 Volunteers trim invasive blackberry bushes along the river bank, but leave some in place on the slope to prevent erosion. Photos by Kevin Teeter 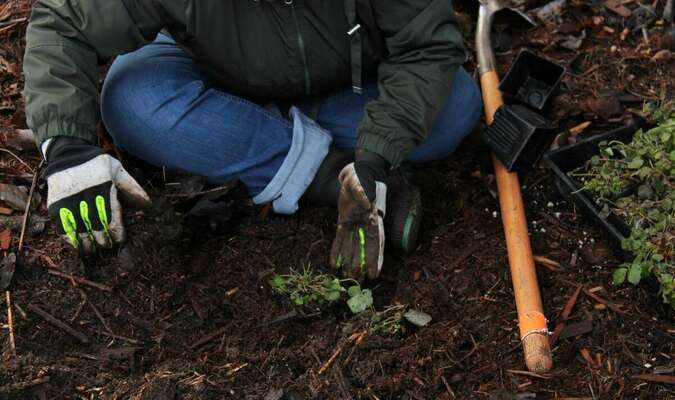 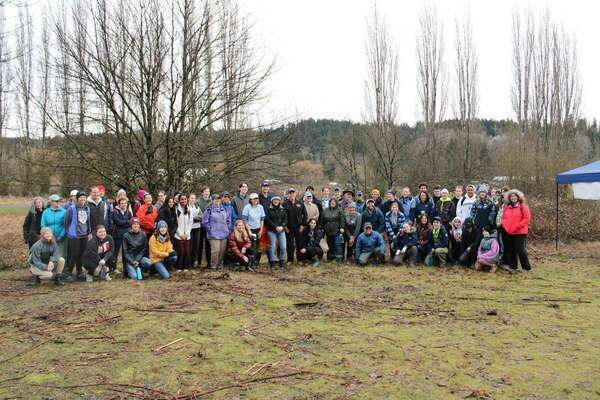 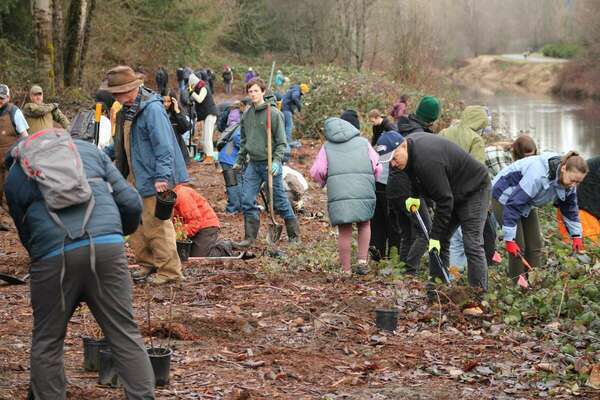 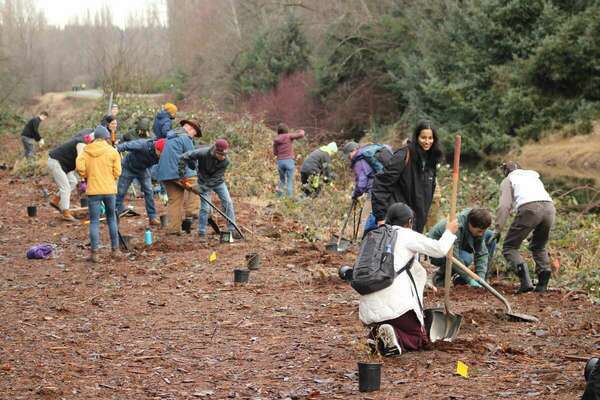 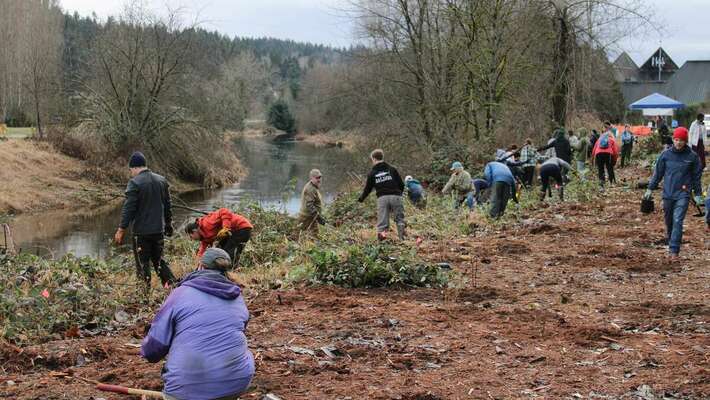 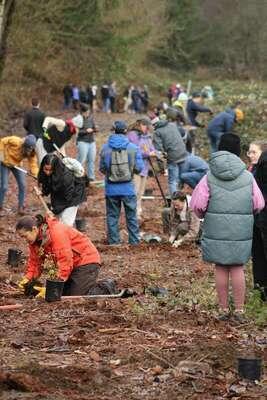 Photos by Kevin Teeter
Previous Next

On Martin Luther King Jr. Day, about 70 people spent part of their day off restoring a section of the Sammamish River’s western bank in Woodinville.

“The Sammamish River provides valuable resources including freshwater mussels, trout and, of course, salmon,” organizer Amani Moyer-Ali said in a speech before the event. “The Snoqualmie people used, and continue to use, native plants from the valley for a variety of needs, including food, medicine and other utilitarian functions.”

Moyer-Ali said that the restored riverbank will improve the cleanliness, temperature and complexity of the water, supporting spawning and juvenile salmon as they travel up and down the river.

She noted that Coast Salish peoples have been fishing salmon in the region for thousands of years.

The Sammamish River Valley used to be a large, marshy wetland which flooded seasonally. When American settlers began to move into the area in the 1850s, they straightened the river to support the shipment of logs.

In a speech before the event, DelBene said, “What we’re going to do today is going to continue to not only help our salmon, but to make this an area that everyone in our community can use and visit.”

“We have such a beautiful region,” she later said in an interview with the Weekly. “This is a great opportunity to come help restore habitat for our fisheries, and also kind of connect this area together.”

She referred to the 2021 Infrastructure Investment and Jobs Act. This law included some resources to preserve clean water sources and remove invasive plant species, though much more work is needed.

“Really investment that's been long overdue and is already having an impact throughout our region,” she said. “But there will always be more.”

The plants used in the restoration project were donated by Storm Lake Growers in Monroe, Hanging Gardens in Black Diamond and Tadpole Haven in Woodinville.

Moyer-Ali quoted Dr. King, who said in a 1957 speech, “Life's most persistent and urgent question is, 'What are you doing for others?'”

“That is the spirit of this day of service,” she said.

In an email the day after the event, she said that volunteers cleared over 3,000 square feet of blackberry bushes and put in more than 100 new plants.